Home > Updates > Get a BookMeBus Free Ride on Pchum Ben

Get a BookMeBus Free Ride on Pchum Ben 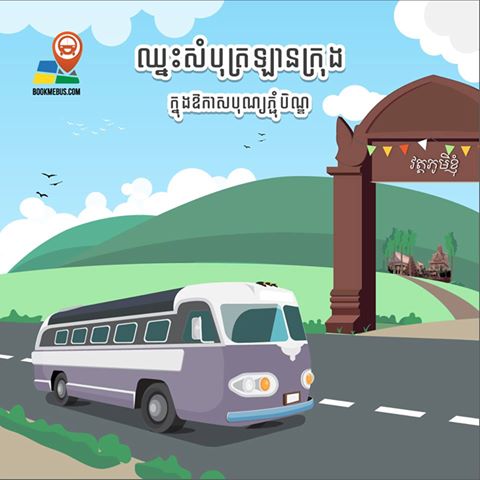 BookMeBus Free Ride will kick off on September 9, 2016. During that time, instructions will be posted on the BookMeBus Facebook page at approximately 5:00 p.m.

The exact mechanics of the promotion will be posted on the launch date, so it is best to keep an eye on the page for information.

If you are planning for a trip to your hometown or to any of the provinces such as Siem Reap, Sihanoukville, Kep, Battambang, and more, then this is your chance to grab a free ticket.

What is Pchum Ben?

For those who do not know what Pchum Ben is, here is a summary regarding this time in Cambodia:

These are just fast facts for those who are not so aware of what Pchum Ben is. For travellers, it means that there is much activity in the provinces of Cambodia during this time, and more quietness in the city.

This year, Official Pchum Ben holidays are September 30, October 1, 2, and 3. It would be wise to start planning holidays around these dates.

Travel to Sihanoukville for the Cambodia Sea Festival

Tell Us YOUR Stories, get 50% OFF your next ticket!